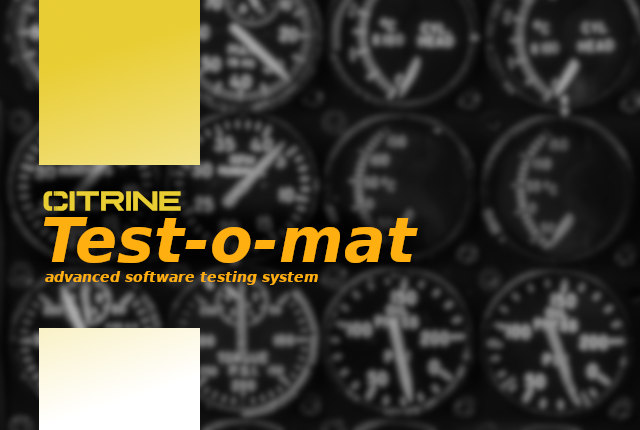 After having released Citrine Koekamp (0.9.4) in January we already begin to look forward to the next edition of Citrine, namely version 0.9.5: Sorghvliet. For this release I will primarily focus on the quality of the code. One of the biggest changes will be the introduction of a new testing system named Test-o-Mat.

Test-o-Mat will be an advanced software testing system (BDD), that will replace the bash scripts that are currently used to test Citrine. The new testing system can also be used independently from Citrine by others to test applications written in other programming languages. It will be comparable to testing frameworks like Cucumber, Fitnesse and Selenium. Using the Citrine Programming language, developers will be able to write readable and maintainable test scenarios for all kinds of software.

Of course, this is not the only new feature in the upcoming new version.
Here is the complete feature list for Citrine 0.9.5 Sorghvliet Edition:

Furthermore, I plan to publish my first book about the Citrine Programming Language in 2023. The book will be available in Dutch, English and Russian. Other languages may follow.

Go back to homepage.